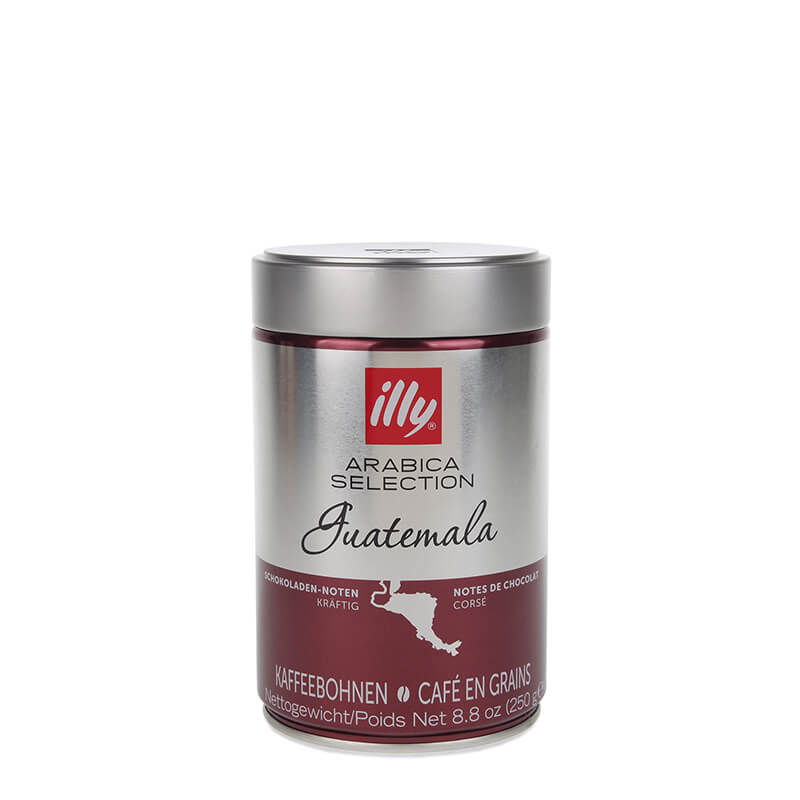 The 100 % Arabica beans come from the mountainous region of Fraijanes and Huehuetenango in Guatemala. These are still largely untouched due to their difficult accessibility. The coolness that prevails at high altitudes is tempered to the right degree by the warm winds coming from Mexico. This makes it possible to grow coffee in the shade of the tall trees of the Maya forest up to an altitude of as much as 2000 metres. The soil there is very fertile and the environment as a whole is characterised by great biodiversity. The result of the cultivation is a coffee with a pronounced sweetness and a variety of aromas, including notes of chocolate, caramel, citrus fruits and honey.

This coffee, grown in the pristine mountains of Guatemala, has a complex aroma. It is characterised by its pronounced sweetness and rich bouquet of flavours. In particular, the distinctive notes of chocolate stand out, but hints of caramel and honey can also be detected. This wonderful aroma is even further enhanced and intensified by Illy's special roasting profile.

The story of Illy

Illy was founded in 1933 by Francesco Illy, an inventor and visionary whose achievements include, for example, the preservation of roasted coffee. The coffee cans he invented were exported to many countries at that time. His son Ernesto Illy joined the company at the end of the 1940s and had the idea of also selling the coffee cans to consumers. Thus, the smaller portions of coffee were born. The Illy company quickly became one of the important coffee manufacturers. Today, the Italian company sells its coffee in over 140 countries and has also made it onto the list of the World's Most Ethical Companies several times.